Joe a personality. I also recruited into service the worn-out alphabet blocks my mother had used years earlier to teach us our letters. They, too, were given names and inner lives. And one thing I was learning at school was that kid dynamics could be messy. Whatever sweet scenes you might witness on a playground, beneath them lay a tyranny of shifting hierarchies and alliances. There were queen bees, bullies, and followers. Instead, I sank my energy into being the sole animating force in my little common-area universe.

I was also not above hitting him when necessary—usually a direct fist blow to the middle of his back. The point was that the dolls and blocks needed me to give them life, and I dutifully gave it to them, imposing one personal crisis after another. Like any good deity, I was there to see them suffer and grow. Meanwhile, from my bedroom window, I could observe most of the real-world happenings on our block of Euclid Avenue.

Thompson, the tall African American man who owned the threeunit building across the street, loading his big bass guitar into the back of his Cadillac, setting off for a gig in one jazz club or another. Our neighborhood was middle-class and racially mixed. Kids found one another based not on the color of their skin but on who was outside and ready to play. We were a motley mix of last names —Kansopant, Abuasef, Yacker, Robinson—and were too young to register that things around us were changing fast.

In , fifteen years before my parents moved to South Shore, the neighborhood had been 96 percent white.

Craig and I were raised squarely in the crosscurrents of that flux. The blocks surrounding us were home to Jewish families, immigrant families, white and black families, folks who were thriving and some who were not. In general, people tended to their lawns and kept track of their children. They wrote checks to Robbie so their kids could learn piano. My family, in fact, was probably on the poor side of the neighborhood spectrum. We were starting to feel the effects of this transition, especially at school.

The students used it as an excuse to act out, and she seemed to think only the worst of us. Every hour there felt hellish and long. I sat miserably at my desk, in my puke-green chair—puke green being the official color of the s—learning nothing and waiting for the midday lunch break, when I could go home and have a sandwich and complain to my mom. When I got angry as a kid, I almost always funneled it through my mother. She knew the difference between whining and actual distress. Without telling me, she went over to the school and began a weekslong process of behind-the-scenes lobbying, which led to me and a couple of other high-performing kids getting quietly pulled out of class, given a battery of tests, and about a week later reinstalled permanently into a bright and orderly third-grade class upstairs, governed by a smiling, no-nonsense teacher who knew her stuff.

It was a small but life-changing move. Their anger over it can manifest itself as unruliness. At the time, though, I was just happy to have escaped.

He was by then a growing sensation on the basketball court, high-spirited and agile and quickly growing tall. My father pushed him to seek out the toughest competition he could find, which meant that he would later send Craig across town on his own to play with the best kids in the city. But for now, he left him to wrangle the neighborhood talent. Craig would take his ball and carry it across the street to Rosenblum Park, passing the monkey bars and swing set where I liked to play, and then cross an invisible line, disappearing through a veil of trees to the far side of the park, where the basketball courts were.

I thought of it as an abyss over there, a mythic dark forest of drunks and thugs and criminal goings-on, but Craig, once he started visiting that side of the park, would set me straight, saying that really nobody over there was all that bad.

Basketball, for my brother, seemed to unlock every frontier. It taught him how to approach strangers when he wanted to snag a spot in a pickup game. He learned how to talk a friendly form of smack, trash-talking his bigger, faster opponents on the court. Even the sketchy guys who hung out in front of the corner liquor store lit up when they spotted Craig, calling his name and high-fiving him as we passed by. I was ten when I finally mellowed enough to start venturing out myself, a. It was summer and school was out.

My dolls were becoming less interesting, and without air-conditioning our apartment got unbearably hot in the late afternoons. Across the alley behind our house, there was a mini housing community called Euclid Parkway, where about fifteen homes had been built around a common green space. It was a kind of paradise, free from cars and full of kids playing softball and jumping double Dutch or sitting on stoops, just hanging out.

But before I could find my way into the fold of girls my age who hung out at the Parkway, I faced a test. It came in the form of DeeDee, a girl who went to a nearby Catholic school. DeeDee was athletic and pretty, but she wore her face in a pout and was always ready with an eye roll. My morale began to sink. I understood that I had choices. And inside that last choice lay another one: I could try to reason with DeeDee, to win her over with words or some other form of kid diplomacy, or I could just shut her up.

The next time DeeDee made one of her remarks, I lunged for her, summoning everything my dad had taught me about how to throw a punch. The two of us fell to the ground, fists flailing and legs thrashing, every kid in Euclid Parkway instantly clustered in a tight knot around us, their hollers fueled by excitement and grade school bloodlust. I was officially an accepted member of the neighborhood tribe.


We took it out on Sundays and summer evenings, cruising for no reason but. It was one of the prettier, more affluent parts of the South Side, where people kept two cars in the driveway and had abundant beds of flowers blooming along their walkways. My father viewed rich people with a shade of suspicion.

In my mind, I thought it would mean something if my family could live in a place with more than one floor. But my father was innately cautious, aware of the trade-offs, understanding the need to maintain some savings for a rainy day. My parents talked to us like we were adults. They never hurried a discussion for the sake of convenience. As we grew, we spoke more about drugs and sex and life choices, about race and inequality and politics.

My father, I remember, made a point of saying that sex was and should be fun. They also never sugarcoated what they took to be the harder truths about life. Craig, for example, got a new bike one summer and rode it east to Lake Michigan, to the paved pathway along Rainbow Beach, where you could feel the breeze off the water. The officer, an African.

American man himself, ultimately got a brutal tongue-lashing from my mother, who made him apologize to Craig. What had happened, my parents told us, was unjust but also unfortunately common. The color of our skin made us vulnerable. My parents had spent almost their entire lives living within a couple of square miles in Chicago, but they had no illusions that Craig and I would do the same. 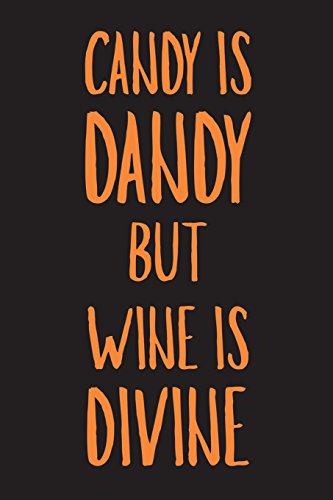 Before they were married, both of them had briefly attended community colleges, but each had abandoned the exercise long before getting a degree. My father had simply run out of money to pay tuition, joining the Army instead. Instead, he served two years moving between different military bases. Now in his late thirties, my dad was focused on saving for us kids. My father operated from a practical place, sensing that resources were limited and maybe so, too, was time.

Before I finished elementary school, that cane would become a crutch and soon after that two crutches. Whatever was eroding inside my father, withering his muscles and stripping his nerves, he viewed it as his own private challenge, as something to silently withstand. As a family, we sustained ourselves with humble luxuries. When Craig and I got our report cards at school, our parents celebrated by ordering in a pizza from Italian Fiesta, our favorite place.

It was one of the few times a year when employee families were allowed through the gates and onto a grassy lawn overlooking the lake, where the view of fighter jets swooping in formation over the water rivaled that of any penthouse on Lake Shore Drive. Each July, my dad would take a week off from his job tending boilers at.

It had a game room, a vending machine that sold glass bottles of pop, and most important to us, a big outdoor swimming pool. We rented a cabin with a kitchenette and passed our days jumping in and out of the water. My parents barbecued, smoked cigarettes, and played cards with my aunt, but my father also took long breaks to join us kids in the pool. He was handsome, my dad, with a mustache that tipped down the sides of his lips like a scythe.

During those long afternoons in the pool, he paddled and laughed and tossed our small bodies into the air, his diminished legs suddenly less of a liability. Some had transferred to a nearby Catholic school, but many had left the neighborhood altogether. At first it felt as if just the white families were leaving, but then that changed, too.

It soon seemed that anyone who had the means to go was now going. Much of the time, the departures went unannounced and unexplained. Perhaps the biggest blow to my mother came when her friend Velma Stewart announced that she and her husband had put a down payment on a house in a suburb called Park Forest. The Stewarts had two kids and lived down the block on Euclid.